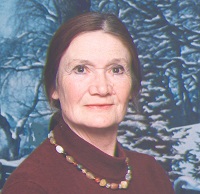 I sold my first romance short story at age sixteen, which helped fund dance lessons. Later, I went on to write novellas and short stories for magazines. Emigrating to Canada was my husband Michael’s dream. It was also was mine as I wanted to experience first hand the life of the Inuit and their amazing dogs. Dogs are another of my passions. However, due to circumstances, we ended up in a tiny Prairie town where I was suddenly transported back to pioneer times. Fortunately, I had been a Girl Scout, and I wasn’t phased at having to cut blocks of ice for water. And like many a pioneer woman, I had a toddler and a babe in arms. From the prairies we moved to the Canadian Arctic, which forever holds a special place in my heart. 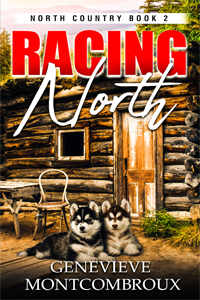 Racing North is a romance novel full of passion, adventures, and sled dogs set in the northern reaches of the Yukon and Alaska.

Pat dreams of racing the prestigious Iditarod Trail Race in Alaska. But first, she must hone her dog sledding skills. She signs on as a dog handler for a top racer, Scott Walsh. Having to share a wilderness cabin with him poses unforeseen difficulties. Pat sees glimpses of another man beneath Scott's forbidding exterior and gives him her heart.

A losing steak and unresolved personal problems leaves Scott with a massive chip on his shoulder. Yet under the spell of the vivacious Pat, he wins the Yukon Quest, the toughest long distance race.

When an encounter with a moose sidelines Scott from the Iditarod race, Pat takes his place. She's sure she can win the race, but can she win his love?

a young widow, arrives in the Yukon with a dream of setting up a dogsled touring business. She never expected a confrontation with her handsome neighbor, Brett, who runs a snowmobile touring lodge. He wants her land. She won’t sell at any price. “What’s the point of a dream if you don’t act on it?”

Very soon, Brett’s scheme to acquire her land falters when he falls in love with her. Blinded by his attraction, Brett is unaware that Ingrid, his step-sister and lodge manger, under pressure of blackmail from a drug dealer, acts on his behalf to try to force Vanessa out. Her ruthless actions drive a wedge between Vanessa and Brett.

Vanessa’s dream collapses before her eyes. Setback follows setback. Brett declares his love, but Vanessa, oblivious of Ingrid’s plotting, is convinced she cannot trust him.

Ingrid’s strategy backfires. Vanessa’s business rebounds. Ingrid flees during a snowstorm. Brett goes after his half-sister. His rescue mission does not go as expected.

Vanessa and her dog team save Brett’s life. She is ready to love again.

Pizza for Two is Piers’ journey. How tragedy transforms a somewhat dissolute youth into a responsible man when Nicole hires him as a delivery person for the flagging pizzeria she runs. 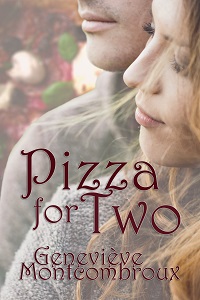 Piers’ privileged background has not prepared him to live with no job, hunger and the specter of living on the street.

Nicole, who has secrets of her own, is desperate to find a worker and hires Piers deliberately not asking for references.

While Piers takes on the task of developing a successful business, Nicole’s heart leads her on the rocky road of love.

When Piers helps her find the child that was forcibly taken away from her, happiness is in sight. 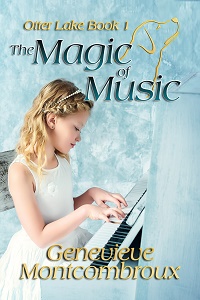 Marina Standen, a celebrated pianist, comes to the small town of Otter Lake to live with her sister, Rochelle, to recover from a near-drowning after her car plunged through the ice of a frozen lake. The accident left her comatose for several months and now she suffers from amnesia and the haunting danger of suicide her doctors warned her about. She refuses to believe them.

Trent Vargason’s seven-year-old daughter, Sophie, is blind following an accident that killed her mother and baby brother, three years previously. The child’s selective mutism is the result of the trauma she endured.Trent moves to Otter Lake so that Sophie can be near her maternal grandparents.

On Christmas Day Marina accompanies her sister to church. She has to refuse the pastor’s invitation to play for the service but eventually sits at the organ. Music springs from under her fingers, although she doesn’t know what she is playing. Her memory is just a blank.

On hearing the music, Sophie speaks for the first time since the accident, but immediately lapses into silence again. Marina agrees to give the little girl piano lessons, partly in the hope of relearning her own music. Sophie forms a close bond with Rochelle’s dog Kimnik.

Life in a small northern Prairie town is filled with human drama. Marina struggles to recover her memory. Trent,who harbors overpowering guilt over his wife’s death, vowed to remain faithful to her memory but is captivated by Marina. When Marina suggests that Sophie has some vision, life is turned upside down. An unpleasant and traumatic incident unlocks Sophie’s self-inflicted punishment. She had believed she was responsible for her mother and brother’s deaths.

As Marina makes progress in recovering her musical memory, can she ignore Trent’s love for her?

Where the River Narrows,

For many Loyalists during the American War for Independence, the perilous journey to Canada is just the beginning of a long and arduous struggle to find a new home and a new life amid the upheavals of war and separation, death and privation. For Elisabeth Van Alen, it also means finding new strength and the will to survive in a new country.

Married to an educated Mohawk warrior, she is distraught when he has to go away shortly before the American rebels force her and her family out of their ancestral home. He will find her while she flees through the forest and, with their Mohawk friends, helps her reach Kanien’kehá:ka, the Mohawk territory in Quebec.

Coming to a log cabin tucked away on a wooded island in Montreal is a great shock for Elisabeth after the life she had known in the comfortable house where she had been born. Undaunted, she takes on the tasks of pioneer women and keeps her family together while waiting anxiously to hear from her husband, Gerrit. Against his will, he has been recruited by the British Army for a special mission. She suffers losses and joys, upheavals and peacefulness. She begins to love her new country where being married to a Mohawk is regarded as normal. 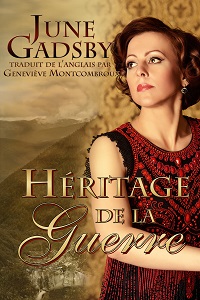 French Translation of June Gadsby's novel, A Touch of Magic 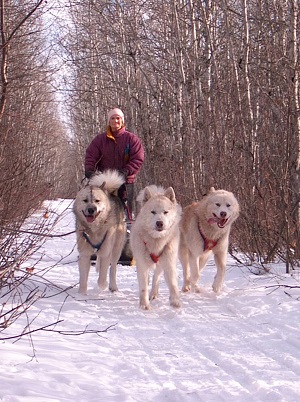 With my school in good hands, my husband, dogs and I moved to a piece of pristine wilderness in the Interlake region of Manitoba, where we bred and trained Inuit sled dogs. I have a profound love and respect for nature and all its creatures My love of the North and of the Inuit dog prompted me to write about them. I also founded an organization called the Friends of the Inuit Dog, which later became Inuit Sled Dog International

I have written in both English and French, from children's fiction to romance novels. My non-fiction books include The Inuit Dog of the Polar North (3rd edition of The Canadian Inuit Dog: Canada’s Heritage), and with Michael, Improve Your Romance Writing Skills (now out of print). My work has appeared in the Anthologie de la poésie Franco-Manitobaine and in several short stories anthologies in the French language. 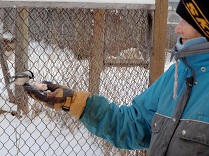 In between writing, my hobby is making lifelike baby dolls, playing music and bird watching from my window. 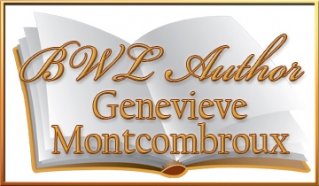