As well as penning Award-winning suspense novels including The Deepest Dark, The Abduction of Mary Rose, Night Corridor, Chill Waters, Nowhere To Hide and Listen to the Shadows, Joan Hall Hovey's articles and short stories have appeared in such diverse publications as The Reader, Atlantic Advocate, The Toronto Star, Mystery Scene, True Confessions, Home Life magazine, Seek and various other magazines and newspapers. Her short story, “Dark Reunion” was selected for the Anthology, Investigating Women, published by Simon & Pierre.

Joan also tutors with Winghill Writing School and is a Voice Over pro, narrating books and scripts. She lives in Saint John, New Brunswick with her cat Bella.

She is currently working on her latest suspense novel.  Visit Joan's website by clicking on this link: 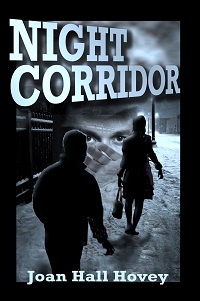 After nine years in Bayshore mental institution, once called the lunatic asylum, Caroline Hill is finally being released.

There will be no one to meet her. Her parents who brought her here…are dead.

They have found her a room in a rooming house, a job washing dishes in a restaurant. She will do fine, they said. But no one told that women in St. Simeon are already dying at the hands of a vicious predator. One, an actress who lived previously in her building.

And now, as Caroline struggles to survive on the outside, she realizes someone is stalking her.

But who will believe her? She's a crazy woman after all.

Then, one cold winter's night on her way home from her job, a man follows and is about to assault her when a stranger intercedes.

A stranger who hides his face and whispers her name.

I loved this book and stayed up all night reading it! The characters were so well-drawn that I could almost hear them breathing, see them laughing, feel their emotions. It's rare that I feel like I KNOW the characters THAT well, but I did here, in THIS book - especially the main character, Caroline, but also the minor characters - every one of them! I could see and hear Caroline, almost feel her breath on my skin. The writing and the plot drew me in, from page one. I was fully engaged and up all night, reading and enjoying this book, to the very last word. M. Lewis 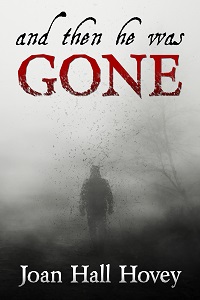 Where is Adam? Julie Raynes’ husband has been missing for six months. Devastated and confused, she refuses to believe that he would leave her voluntarily, though her best friend thinks differently. However, her Aunt Alice, a psychic, tells her Adam has been murdered, and when she reveals how she knows this, any hope that Adam is still alive, dissipates.

The police are also beginning to believe that Adam Raynes was murdered. And Julie is their prime suspect. Her life in ruins, Julie vows to hunt down whoever is responsible for Adam’s murder and make them pay for their crime.

In the meantime, David Gray, a young man who was pulled from a lake by a fisherman when he was 9 years old, wakens from a coma after nearly two decades. Unknown to Julie, Adam and David share a dark connection, a darkness that threatens to devour both of them, in a terrifying race with death.

If you liked Liz Fenton and Lisa Steinke's best-selling psychological suspense The Widow, you're going to love Joan Hall Hovey's And Then He Was Gone.

His hands still on the rope, then dropped away as he stared with shock and terror, mouth agape, at the water. As if the table had suddenly transformed into a deep reservoir, water gushed from it, spilling onto the floor, flooding it, then spiking up suddenly as if alive, like thrusting fingers, reaching for him. ...As he backed away from what her rational mind insisted had to be some trick of the imagination, long skeletal fingers shot out of the water and clamped around his wrist. Beneath his screams, she heard the sirens in the distance, but that did not quite register, perhaps only existed in some other realm, some alternate universe, for Julie was aware of nothing except what was happening here and now... Adam was here.

Julie's husband Adam went missing on July 14th, her birthday. He was supposed to take her out to dinner but he never showed. She drove around town looking for him and even submitted a missing person's report with the police department. Six months later they were still questing and accusing her of murdering her husband and doing something with his body.

Many years earlier a boy named David was found in the lake after someone tried to drown him. He didn't die but ended up in a coma for what was the better part of his life. After all those years he has finally awaken to a life with no memory.

So, what does a missing husband and a boy that has been in a coma for 19 years have in common? As I read the story of both I saw a very twisted mind that reeked pure terror on both families. It held me in suspense to see what this sick mind would do next. I have to say that I had a hard time putting this book down. Martha A. Cheves, on Amazon 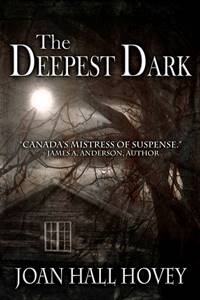 Following the deaths of her husband, Corey, and ten year old daughter Ellie in a traffic accident, author Abby Miller sinks ever deeper into depression. She contemplates suicide as a way to be with them, and to end her unrelenting pain.

In a last desperate effort to find peace, she drives to Loon Lake where they last vacationed together, wanting to believe they will be waiting for her there. At least in spirit. Barring that, the pills Doctor Gregory gave her to help her sleep, are in her purse.

The cabin at Loon Lake was her and Corey’s secret hideaway, and not even Abby’s sister, Karen, to whom she is close, knows where it is. But someone else does. He is one of three men who have escaped from Pennington prison. They are dangerous predators who will stop at nothing to get what they want - and to keep from going back to prison. Having already committed the worst of crimes, they have nothing to lose.

Unknowingly, Abby is on a collision course with evil itself. And the decision of whether to live or die will soon be wrenched from her hands.

The Deepest dark by Joan Hall Hovey is chock full of suspense, a real page-turner that gripped me from the start. While the book is mostly about the prisoners and Abbey, it is interspersed with the stories of her sister Karen, the police who are investigating a double murder in the area and the daughter of the murdered couple. It is very skillfully woven together so I got the full picture with no jumps, no stops and starts. There is also none of the filler and fluff that so many people use to build up a word count. The writing is concise, to the point, and every word counts. Brilliantly executed, I loved it.

The Abduction of Mary Rose, published by Books We Love, is a thriller in the tradition of Stephen King and Mary Higgins Clark, written by the Canadian Master of Suspense Joan Hall Hovey.

Following the death of the woman she believed to be her mother, 28-year-old Naomi Waters learns from a malicious aunt that she is not only adopted, but the product of a brutal rape that left her birth mother, Mary Rose Francis, a teenager of Micmac ancestry, in a coma for 8 months.

Dealing with a sense of betrayal and loss, but with new purpose in her life, Naomi vows to track down Mary Rose's attackers and bring them to justice. She places her story in the local paper, asking for information from residents who might remember something of the case that has been cold for nearly three decades.

She is about to lose hope that her efforts will bear fruit, when she gets an anonymous phone call. Naomi has attracted the attention of one who remembers the case well.

But someone else has also read the article in the paper. The man whose DNA she carries.

And he has Naomi in his sights.

Great book. I'm usually a slow reader but this book was so suspenseful I couldn't put it down. My husband even commented "that must be a really good book". It definitely was!!!  Book Girl, Amazon 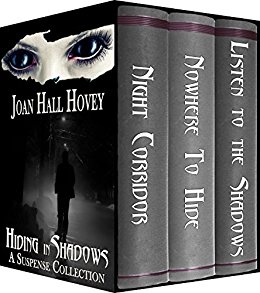