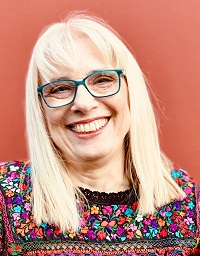 Eileen lives in the brave little state of Vermont, where she and her husband run a small Bed and Breakfast in their 1886 Victorian home.  Eileen loves kayaking below the eagles on the Connecticut River and Maple Creemies. She loves hearing from readers. Her email is eileencharbonneau@gmail.com.  Visit Eileen's website at:   www.eileencharbonneau.com

To purchase any of Eileen's books click the book cover and choose your favorite print or digital bookstore from the links provided.

Linda Tassel Mysteries -  Teen-aged Linda Tassel is a bridge person, straddling the worlds of her white father and the Eastern Cherokee nation of her mother’s people. Linda has a friend in Tad Gist, who honors both cultures with mutual respect. A good thing, since they have a knack for finding trouble in both. 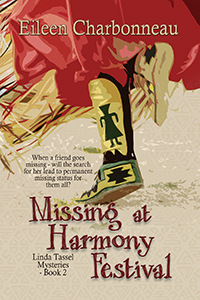 School is out for the summer of 1993. Linda Tassel has invited her friend Tad to travel with her family and Cherokee clan friends to Harmony Festival, where she’s to perform the Butterfly Dance with her friend Rising Fawn Reed. But soon after they arrive at the festival campgrounds, Rising Fawn disappears.

They notify the local police, but they are busy searching for the arsonist who just set the campground blaze. A missing Indian girl? She’s probably run off with her boyfriend.

Together with Linda’s clan brother Guli Whitepath, Linda and Tad are on their own in finding their friend— a search that may lead to permanent missing status for them all.

“Recommended for anyone who is interested in mysteries, or learning more about Cherokee culture.”— Long and Short Reviews 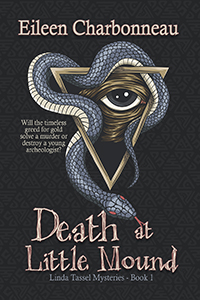 A dam building mogul, Cherokee Nation activists, and the owner of a nearby gold panning attraction are suspects.

Linda and Tad uncover another layer — that of the Spanish conquistadors and the timeless greed for gold. Will they become two more victims? 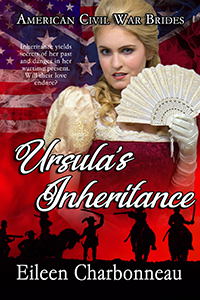 In 1864 New York, plantation heiress Ursula Buckley’s inheritance yields secrets of her past, some unknown, even to her. Will her young marriage survive both the civil strife and the anguish embedded in her own heart?

“I learned new things about the Civil War, and the best part: the author never seemed to be teaching. Instead, the events carried the history lessons seamlessly.“— David Fitz-Gerald, author of Wanders Far

“Through tales of love, comradeship and struggle, these stories illuminate women's hidden role in history by a master at bringing the past to life.” –

“This intriguing story captures the Civil War era. Spies, secret agents, and intrigue then ensues in a fast moving tale that concludes in a surprising ending.“— Bill Lockwood, author of Gare de Lyon

In the tradition of Willa Cather…women carry with them a dignity of purpose as inevitable as the story of civil war enmity and love that flows through their lives.” -- Robert Crooke, author of The Chastened Heart

At a time when our country was most divided, two lovers earn their happiness through a larger-than-life journey of sacrifice and pure grit. Rich in historical detail…”  Jenna Kernan, Publishers Weekly Bestselling Author of Winter Woman

Maryland plantation heiress Ursula Martin is content with her secluded life in a convent.  Until the bloodiest day of the Civil War brings a downed soldier into her care.

Blinded Rowan Buckley only knows he’s in deep love with the woman who pulled him off the battlefield. His superiors claim she’s a spy. He knows she’s full of secrets, but he’s out to prove that treason is not one of them.

The two negotiate the crucial times of the Battle of Antietam, Gettysburg, and the New York City Draft Riots. Treachery meets them at every crossroad. Will their love survive?

“Through tales of love, comradeship and struggle through the Civil War, these stories illuminate women's hidden role in history by a master at bringing the past to life. Not to be missed!” –

In the tradition of Willa Cather…Her women, especially, carry with them a dignity of purpose as inevitable as the story of abolition, civil war, enmity and love that flows through their lives. -- Robert Crooke, author of American Family and The Chastened Heart

At a time when our country was most divided, two lovers earn their happiness through a larger-than-life journey of sacrifice and pure grit. Rich in historical detail…” 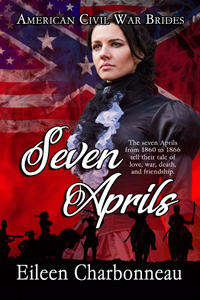 In April 1860, Dr. Ryder Cole returns home from his studies, sure of his abilities and on fire to serve his country and preserve the Union.  A panther attack threatens to cut his life short until a young woman with a rife and a sure-shot eye appears out of the mist.  Then she disappears, returning as Tom Boyde, his comrade throughout America’s Civil War, and as Diana, met in a Washington D.C. whore house.  The seven Aprils from 1860 to 1866 tell their tale of love and war, sex and friendship. And the price of crossing gender lines.

"This epic story offers a tale of love and hope, forged and tempered by the fury of the American Civil War. At a time when our country was most divided, two lovers earn their happiness through a larger-than-life journey of sacrifice and pure grit. Rich in historical detail, Eileen Charbonneau’s, Seven Aprils, is certain to enthrall readers with this sweeping romance."

“Eileen Charbonneau pens an emotion-filled tale.  Through her story of love, comradeship and struggle through the Civil War, Seven Aprils illuminates women's hidden role in history by a master at bringing the past to life. Not to be missed!” –

Eileen Charbonneau's latest novel, Seven Aprils, moves with the subtlety and sweep of her best fiction and confirms her place in the literary tradition of Willa Cather. It is a compelling narrative filled with well-wrought characters who feel like natural effects in Charbonneau's sometimes bleak and often beautiful American landscape. Her women, especially, carry with them a dignity of purpose as inevitable as the story of abolition, civil war, enmity and love that flows through their lives. --

Robert Crooke, author of American Family and The Chastened Heart

Seven Aprils by Eileen Charbonneau tells the tale of a spirited and resilient young woman whose deadly aim with a rifle, physical strength, and native intelligence come in darn handy when she unwittingly embarks on the adventure of a lifetime.  Out of necessity, Tess becomes Tom and her life is never the same again.  While in her male persona, a charade she must continue to survive, she begins to fall for the doctor who teaches her medicine and recruits her to assist in the Union Army’s newly formed medical corps, putting her on the frontlines of some of the most horrific battles of the Civil War.  To complicate matters further, Tess/Tom also becomes Diana, the woman with whom the doctor falls in love, not knowing she is really the person he knows as Tom Boyde.  This novel is full of rollicking adventure, steamy romance, great historical content, and even a little espionage.  A true page turner, Seven Aprils, keeps the reader riveted to the very end. 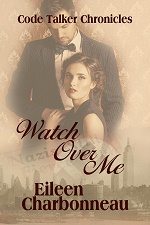 At first, war widow Kitty Charente thinks she’s showing one of her boss’s salesmen a day out on the town. But Luke Kayenta is undercover: he’s a Navajo code talker, and Nazi Agent Helmut Adler is hunting him in 1942 New York City. Isolationists are searching for Luke too. And his superiors at the the U.S. Office of Strategic Services want to know if he’s cracked under torture in Spain.

Kitty and Luke must evade capture from one enemy and death from another as they race from the Lower East Side to the Savoy Ballroom to Coney Island, aided by unlikely allies in the Canadian and French spy networks, a Harlem baker, and even Weegee, New York City’s most famous tabloid photographer.

This is an incredible story. Theauthor captured the heart of the Native American people in her portrayal of Luke Kayenta, and the love story between him and his Kitty is breathtaking. One of the most powerful story's I've read in a long time. I'm in awe of Ms. Charbonneau's gift of storytelling. Jude Pittman, mystery and romantic suspense author'

If you enjoy the suspense, heroic characterizations and Navajo traditions of the Anne and Tony Hillerman mysteries, give Eileen Charbonneau’s Code Talker Chronicles a try! 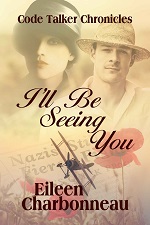 Luke Kayenta and his childhood friend Nantai Riggs are young shepherds of the Navajo reservation in Arizona. They volunteer for an experiment: to come up with an uncrackable code based on their language to be used by the US as it enters World War II. They fly into New York to join the spy agency the Office of Strategic Services (OSS). While on the airfield, Luke catches sight of a young woman. He is first enchanted, then heartsick when he finds that Kitty Charante is the devoted wife of his Canadian RAF pilot and instructor in espionage. Their paths will cross again.

In the mountains between Spain and Nazi-occupied France, Luke and Nantai practice the code between radio stations while helping on Allied missions.

But off the coast, German SS agent Helmut Adler is celebrating his latest U-Boat conquest when he hears something crackling over the radio lines. When a young soldier of World War I, an American Indian language helped bring down his regiment in the Battle of Meuse-Argonne. Adler swears it will not happen again in this war. He sets his sights on the code talkers.  The hunt has begun.

"The strength of this novel is in its vivid characterizations."
—Washington Post Book Word 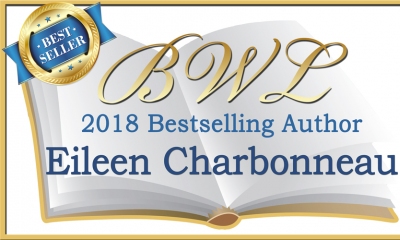